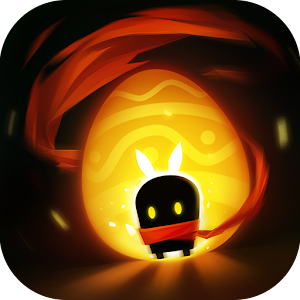 Great time waster that can either be casual or competitive. Both graphics and sound is decent, but might not appeal to people, srring that not everyone likes pixel art and retro music, and there are a few avatars like character skins that I would prefer an improvement. That being said, it is done very well and stays true to its own style. The gameplay is what makes this shine. Roguelike bullethell with quite a few mechanics and playstyles, not only characters have different strategics, but weapons with unique behaviour and random buff builds lead to thousands of possibilities: you could become God, or you could have your worst day yet. Rarely do you see games like this these day, which is what I personally seek.

And even though some might not take interest into games that require high focus, this is truly a gem that you should consider picking up whenever you have some free time to spare. The game is also free with some unlockable characters and skins for them.

And since Chillyroom made this, expect some wackyness coming your way. Better if you understand Chinese.

All in all, a great game that although not for everyone, but will definitely appeal to either who seek some challenge, or just wanna enjoy utter mayhem. 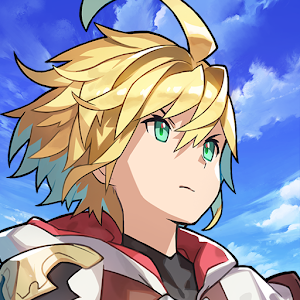 A game I would have never knew of had my friend not play it during our dinner out. A true gem and sign of relief to the trend of mobile gaming nowadays. The gameplay is like no other gacha I've played, which can be challenging at times, but that just adds to the fun. Auto function helps big time for games this grindy, and freebies just keep on coming. You could f2p and still climb to be one of the top contenders in the game. Also, I've never in my life seen a gacha game have a main storyline with not 1, not 2, but EACH AND EVERY CHAPTER in the game fully dubbed, not to mention top-notch quality, too, along with soundtracks that should and does belong to an album(Love you, DAOKO). The game also has a cute interface that is simplistic and efficient so that you can access different functions without much hassle. Each character feels unique as well: It ain't just a bunch of copy-paste characters. The main protagonist of gacha games are usually just hot-headed wannabes of Naruto and the such like, but Euden is Euden with his own resolve and reason to help others, while not being illogically kind to nonsensical bastards like Emile. The other characters(even those with undubbed stories) have their own sparkling charm. Even the artwork and models make me think the developers and designers are outdoing themselves(Note that down, Naoki Saito), spectacular artwork, indeed. And again(which I feel I haven't stressed enough on), who doesn't like freebies?
No? Well, good, because this game is chock full with freebies.

But this game? Deserves exactly this much.

Oh, this was made by both Cygames and Nintendo, if you were wondering.