Another cash grab attempt by Chinese developers that made the game sucks. My Hero Academia is one the best anime of recent and no doubt that the characters,scenes and graphics are nice, but the turn based combat system feels so outdated and repetitive, making the overall gameplay feels kinda bland. And also, its heavy in pay-to-win aspect so if you're feeling in getting to the top, its practically impossible unless you dump a huge load of cash in it [not recommended]. I'll give it 5/10 overall but mostly because it features My Hero Academia, not the game itself.

First of all, this is a game developed by Chinese developer with a game model that is inclined to action RPG style. The graphics are superb, gacha rate is standard and the voice acting is suprisingly well done. You can login into the game using a guest account quite easily so there's no complain about that. For the gameplay, its slightly similar to Honkai Impact 3rd dodge and slash gameplay, but the skill system is quite new, I would not consider it bad, but it feels random for the skills to trigger. Overall I give it 8/10 since there are few decent games out there right now and this might just be one of them! 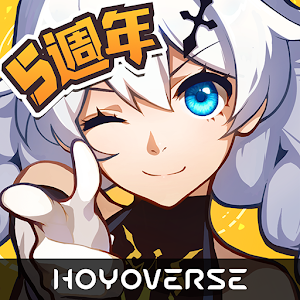 Honkai Impact 3rd is no doubt the best ARPG genre game as to date. The graphics are unbelievably nice, with smooth gameplay controls and transitions between characters as well as the interesting storyline. This is the only game that I've kept installed in my device for more than a year and genuinely bonded with it. It does not features PVP aspect but the developer is still making free and new contents regularly. It definitely deserves the crown of mobile game for this, and the following updates in 2020 will be even friendly to free-to-play players, so stay tuned! Overall ratings: 9/10 as the gacha system might need a little bit of luck, but yet its optional to proceed with the contents.