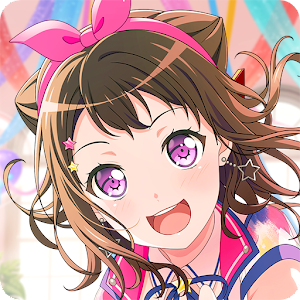 I've been playing this game for months now, and i'm still enrertained by it. The art from the cards that you can get from the gacha is superb, it's really detailed and cute. Although, the gacha rate sucks, i can barely get any 4* from my first 30 pulls from the 10 set, but it seems that my luck in single pulls is quite damn good, i already got 4 4* from it.

The songs in the game are really really good (mostly from Roselia and RAS), most often times they're catchy. On the other hand, the gameplay seems a little bit lacking for me, it's just the standard rythym game that you can play everywhere, maybe the limited skins sometimes help if we we're talking about how "unique" the gameplay is, but aside from that it's nothing really special, but that doesn't mean that the game is not enjoyable. I don't if this is just because that i didn't have a high end phone, but it always lags, mostly when i play in multilives, and it really really sucks, it ruins the fun of playing with other players and it also affects the overall group score(?).

The storyline is quite good, each band got their own story, you'll got to know and maybe even get attached to the characters, all of the characters in the game are likeable and some are even relatable. Overall, quite solid, i just wish that they fix the gacha rates and the lagging.

another 4* from single pull