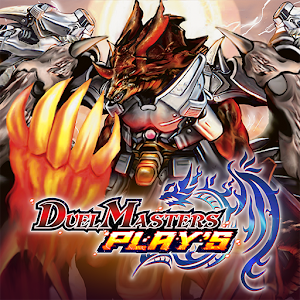 · I have been playing Duel Masters (DM) Play’s almost daily since the launch date in December 2021, and am one of the most active and vocal players of its English-speaking community. (DMPS is the commonly-accepted short form for the game.) I have also played and promoted many Trading Card Games (TCGs) in my area from 2013-2019, and am well-versed with the market and relative performance of the mainstream English and Japanese TCGs.

· Mostly accurate representation and translation of the physical TCG with no energy/stamina limit, unlike the watered-down gameplay of Cardfight!! Vanguard ZERO and Yu-Gi-Oh! Duel Links.

· Overall high-quality production for a freeware game, with the creature voices, avatar and card supplies -customization and all.

· Gameplay concepts such as liberties in deck building, card
advantage, attacking speed etc. are relatively simpler to grasp than most TCGs, and knowing them will serve you well in DMPS (compared to more complex games like Yu-Gi-Oh! and Battle Spirits). However, as of the 7th Booster Set, the metagame gradually starts favouring decks built according to archetypes, stalling, and complex destruction/protection effects, and the above simplicity might be shaken up soon.

· A contemporary and semi-competitive game lasts a median 7-10 turns, which I deem healthy pace unlike the one-turn-kill culture in some of Yu-Gi-Oh! and Magic: The Gathering’s formats, or other poorly-designed obscure TCGs.

· The spirit of the paper DM is mostly kept, and most “negative” changes to the game actually offer a positive twist in playing experience. Cards that search for other cards in the deck have been nerfed to prevent certain degenerate and overly-consistent strategies from being pulled off, and the field size limit of 7 (the real game does not have one) prevents creature hoarding and buffs up the relative importance of other card types.

· Poor single-player experience. I wish DMPS has a more robust story mode and the ability to farm some important cards from it, like some single player console RPGs. The story mode is drip-fed to us; new Episodes and Levels are only introduced with each new Booster Set.

· Rewards are quite stingy - you can only afford to buy 1-2 packs per day from doing Daily Quests (Dailies). However, after some complaints from the Japanese playerbase, some improvement to the income system have been made around early-2021.

· Most of your Gold and Card Income is reliant on Dailies, Events and Booster Pack luck. As such, it can be difficult to build a decent deck near the start that requires at least 4-8 Super Rares (SRs) to function reasonably. Consequently, new players are forced to use cheap rush decks and rely on grinding out the Stories and Dailies slowly, which can create the illusion of a steep learning curve and mundanity.

· Based on my observations of the last 4 core booster sets (numbered DMPP 06-09), the developers have been releasing more complex and splashable cards each set, when compared with the first 5 sets. This card chase is not a severely-handicapping or unfair power creep yet, but might concern or overly-exhaust those who are playing this game in ranked ladder in the near future.

· As DMPS is based on a game whose English version stopped printing 13 years ago (at the point in time of writing), most of the non-Japanese players are primarily nostalgiaphiles who played the physical game that long ago and/or hardcore TCG players playing multiple games. There is a lack of incentive to that can attract new English players into the game. If you are an English-speaking social gamer, you may feel put off by this sense of isolation, as well as a lack of positive interaction and spaces to share about your decks, strategies and
achievements.

www.youtube.com Duel Masters Play's: (Casual Match) Can Dorballom still take on the meta? - YouTube Here's a good replay from a match I played earlier. And I discuss some thoughts with regards to the meta
Get QooApp for Android