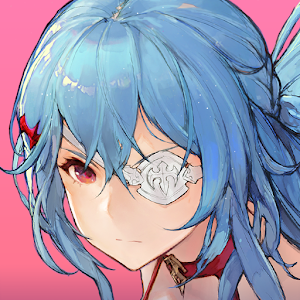 Okay, so uhh...that's not quite like what i was expecting. To be honest, the IP block is already a major minus for the game. here's my opinion about the game :

+ Beautiful graphics and characters.
+ You can use all available characters (can be changed later, and can only bring 3 as the active member)
- The battle is kinda stiff, simply attacking or casting skill will plant your character on the ground (unable to move).
- About the gacha, surely the rates is slightly higher compared to some gacha games, but it directly affects your combat power, which makes it geared more to p2w. What the gacha basically do in this game is to summon cards with their own rarity, and assign them to your character skill slot.
- Auto quest pathing. yes, you read that right.
- IP blocks.
- Auto battle and grinding.....but optional, at least.

Conclusion : Not my cup of tea, unfortunately. I tried to play it for 15 mins and uninstalled it right away cuz it failed to make me interested for the game. It might suits other people's taste though.

is this game still alive??? Read Note
Get QooApp for Android