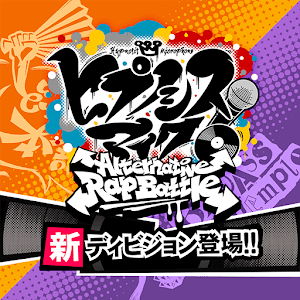 Yo don't listen to the older comments that said the game's easy. Sure some of the older songs are, but they definitely step up their beatmaps game with the newer songs! *Dotsuitare Honpo dreamin night expert can kick my ass 9000*

The cast are very colourful, most loveable "idol boys" cast. Seriously, had a hard time pick a fave and this is coming from someone who finds idol anime pretty cringe. They have boys for everyone! The story's alright (Fully voiced btw). Not really here for that, I'm here for the raps!

And some of the songs are straight fire my dudes! If you don't think too much about the lyrics that is. It's anime song, cmon'. Vocaloid have tons of whack lyrics too alright. Ngl, I would blast some of these raps at a party.

Fun rythm game. Enjoy the husbandos. Don't think too hard on it. And hopefully you'll have a great time.

Edit: Forgot to mention, you can play this game with 0 stamina and all the songs are unlock from the get go. You mean to tell me, that I can play a mobage like a normal console rythm game whenever I want for free? Bruh unless you care for items, idc if the stamina take ages to refill. Unless you're planning to play this for 5 hours straight, the one hour gap ain't even a big deal. It cost like 1 of 20 stamina per song, which is super cheap. Plus you get refill if you just play the mini game.

I've played vocaloid for hundreds of hours with zero events and gains whatsover. I'm here purely for the musics!