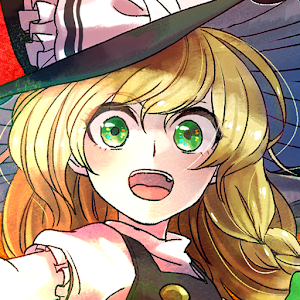 Well, don't expect "Binding of Isaac" levels of complexity. It's fun enough, but you won't be blown out of your chair.

Graphics: Fairly primitive, but with game having a top-down camera you won't be appreciating models a lot. Stages got variety in "elements", but otherwise feel rather bland. Lights from attacks are bright and pretty.

Sound: Your character determines the BGM you'll be listening to for the rest of the run. Bosses got some music rotation, but most of the time it's just Bad Apple (and not even a remix). Track choices are mostly alright. And with tracks switching out with your characters you can avoid the "Greenwich" issue of Lost Word. It fine, really.

Gameplay: Gather stuff, defeat enemies, dodge attacks, die, repeat. Usual rogue-like gameplay. Seems like there is a total of 1000 levels to clear, judging by achievements. Sometimes attack hitboxes are wonky. Player controls also use floating joystick, so that's gonna need some getting used to. Other than that? Fairly solid time-killer.

Storyline: Some "Solaris?" thingie appeared along with a weird dungeon so you're trying to get to it as variety of characters racing other characters or something. It's just a reason for game to happen, fine for what it is. Not really speaking the language to give any more input.

Value: All in all good game, not spectacular. Gachas are as overpriced as ever, but you get a few free rolls for clearing achievements. Just play the game normally and it'll be fine. 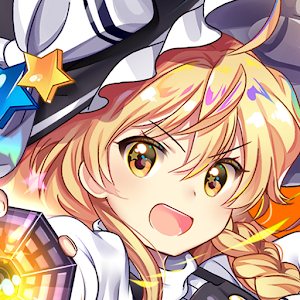 Gameplay and overall aesthetics are nice, but there are things I don't much like here. Like VA that kinda rips at your ears. Or music, that feels like a mish mash of circles rather than careful choices for every situation. They put a song that elevated itself to "meme" categoty in the game too. Cannonball is way better, but doesn't deliver the "RPG" quite as much.
Anyways, tl;dr: good, not perfect. Try it if you like Touhou. There is VA slider in options. 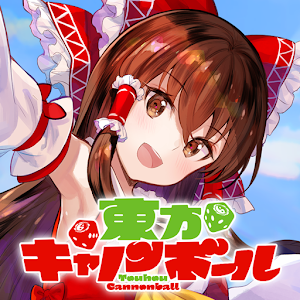 Real good game this one. Even VA is pretty good as far as fangames go. Being made by Aniplex really counts~