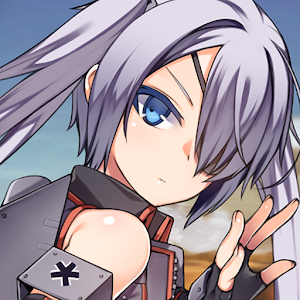 also known as Metal Waltz on Steam(PC), the game I just randomly found and start to playing straight away so here's my personal thoughts:

The game originally was out in 2017, so its quite hard to put in comparison to nowaday common gacha games. This is GFL but replaced with alternate WW2 and World of Tanks theme.

The game itself is pretty light in term of storage (took about 1.5GB) and only need around 1GB RAM so its playable to almost any devices. Crossplay iOS/Android and PC also supported in-between account bind so that's a plus.

Gameplay: RTS focused that might be inspired from the old 2012 KanColle webgame (and maybe Clash of Clans?) so its a lot of outdated to other games today, but still it around above-average if you like to spent time in develop stuffs in this game - Strategy genre lovers in short. And thus - anime panzer girls though? Sound like Azur Lane's vibe right here.

I'm a bit surprised that the game still able to play nowadays and honestly its a hidden gem for an idle gacha game overall with nothing to shabby.