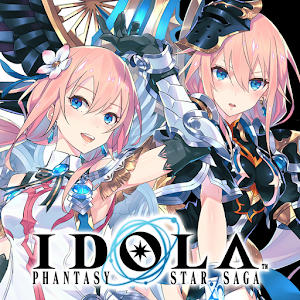 After a long time of playing this game, when I compare it to
other games, I feel Idola is asking a bit too much for pricing
compared to it's rates.

Gameplay is good for what it is. However it won't be full fun
without throwing a lot of money or time into it. Since otherwise
you get stuck with sub par characters with long cooldowns
for minimal effects on targets or buffs.

But once you stick around a while (you do not need to pay to
have a good time in this game. Just be around) you'll eventually
come across event characters generally set a 4 stars that you
can max out and bring to your party and from there they can
replace a 3 star until you get a 5 star with at least 1 dupe.

Anything that doesn't start 3 star is generally decent. If you
want to see story, you'll be forced to grind out events to level
up or get materials to level up your characters. Otherwise by
chapter 4 you'll be left behind by 10+ levels because exp rate
is so bad.

Very possible, but highly annoying when a boss does their
special attack for the 3rd time and your healer is still on
cooldown to heal again. But it's only a problem if you play
just story otherwise I feel like if characters had more abilities
it would be better. Since just 2 outside of attack and blast is
kind of very lacking.

The Idola battles are okay but I personally yawn when they
come around, even in story as they feel forced and not all that
entertaining.

Their "pvp" content is you against what I assume is bots of
made teams of other players. Which sounds easy on paper
because all you'd have to do is let the game play itself and
you'd know (if you have the character) said character would
do when. The problem however comes to it not being very
balanced. I carry a lv50 party as my main use.

What am I to do when even on easy they let someone's team
slip in with 4 lv80 5 star characters? My characters on 300ish
attack to try and take out generally 2 very overpowered 450
to 500 defense like level 80's that can wipe my party on a
single burst and it's not very fair or fun making pvp sometimes
tedious and forced losses. I imagine once my team reaches
lv80 overall that will stop. Since unlike a 50 to an 80, an 80 to
an 100 is a better match.

The only way to win in that case is the be lucky and hope the
matched team is someone your team is strong against. Don't
let anyone tell you this game is pay to win. When you throw
money at Idola, yes you get stronger a lot faster and more of
the good stuff and even some gifts during certain events.

Overall: I think characters should have more attacks as just 2
per character is boring. Weapons and characters in banners
should be separate. And rates could be a little better.

There is only 1 4 star character I have that's duped out not
from an event. If it's not Quna only 1 5 star out of 10 has a
single dupe. Every single 3 star I have could of been fully
maxed out about 2 times over. However weapons and souls
are fine due to how often they drop out between missions,
events, banners. There is even items you can use to level
symbols without dupe. Pretty hard to get them, but obtainable.

Idola is nowhere near as bad as these other games. Unlike
dokkan or legends setting you up to lose within 10 seconds
if you don't have the favorite units. Even if 3 stars aren't all
that good, I'm 100% confident I can still take them on a hard
quest and come out on top. And when you do events in Idola
you really walk away with some things worthwhile, whether
it be a new character, leveling items, souls, or weapons.

Idola is worth the time, but if you think of spending, just
remember what I said. You won't get your money's worth
out of it, you'll get something, but you'll get those same things
a bit slower by just playing the game. Like every other gacha,
spend when you got spare money and really want to.
Otherwise pass and save up for something that may come
limited.