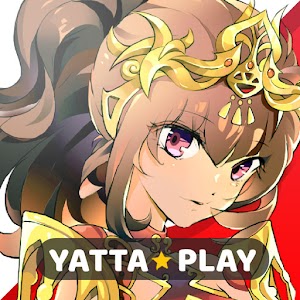 So, before reading this. keep in mind that this is not the "professional" kind of review. so take this one with the grain of salt.

Okay, so first impression of the game.

the game feels like some other mobile strategy games from back in those not-so-old days. The overall feel of the game is pretty... average. (at least at to me after the first few minutes into the game)

the gameplay is... mediocre. the main mechanics is mostly based on positioning of units, class and class abilities (Melee, Ranged, Healer, etc. all those classes you would expected from these types of game), and there is that one "Part Break" or simply critical hitpoint mechanic for boss battles, I didn't look too much into it but it seems to be tied to both positioning and elementals mechanics.

Position your units to hit the target/multiple targets or boss's part/s depending on types of unit to deal damage. And if the element is in the counter of said tatget's elements you deal considerably more damage. Quite similar to some of the said "strategy" rpgs out there.

Now to the gacha part. The gacha itself is both the weapon and character gacha. you get the certain weapon to unlock the corresponding character. (Like in GBF) from the looks of it, the character and weapons (looks to be the base version) can be unlock by simply progressing the story. although the higher stars version of said weapons can either be acquired by gacha. or fiding the parts, which will involved a lot of grinding.

Character design seems to be in the OK part. Not too particular or gorgeous compared to other games of the same genre.

The story is... TBA. haven't get into the meat of it yet. but from the look of things it seems to be quite baseline mediocre.

So, with all that said. do this game worth your while?
the answer is uncertain, and to say this game is good is far from that. this is a first impression after all. so the decision making is yours. It's F2P game in nature. so getting into the game cost you no dime. try playing it, see what it likes. if it doesn't suits you then move on.
final score (at least for now) 5/10

#Masks Cool mask usually goes well with a cool hair, and a cool dude who's definitely going to backstab you just for a sum of money. Read Note