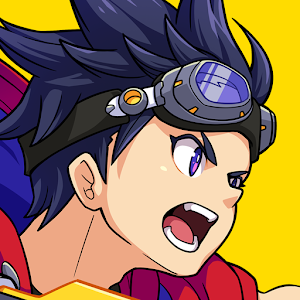 ***Updated***
First of all, this game has an amazing and fresh concept that might be enjoyable for some of you.
It's 4 VS 4 Between Player that instead of the usual Kill-All-To-Win, you must Gather "Crystal Point". You Win The Game If Your Team Has Higher Point Than Your Opponents Team.

F2P Friendly Rate: 10/10
Heck Yeah. For those who still re-rolling, still don't know, or still wonder if this game is f2p friendly. There's a "Challenge" tab on each character. You can get 1k Gold And Many other Rewards Per Character if you clear all the Challenge Quest for each Character. Resulting of total 13,2k Gold AND Many Other Rewards. Enough to do x4 Multis Pull on disc Banner. And for The character, you will get the Character tickets after you do a certain pull on Disc banner (Mainly After Multis Pull) so you should got all of them pretty easily. Imo tho, you should pull character first instead of their alternative costume. Cause you won't get the duplicate on character banner.

Graphics And Character Art: 10/10
Anime-Style Game will always has a plus point, aight? seriously tho, this game's graphic and art is one of the best in recent game release.

Sound And Music: 8/10
Fine BGM, Not really that catchy but it sure is not Bad.

Gameplay And Control: 6/10 (Previously 3/10)
After Played It for at least 1 day, i can assure you that you can get a hang at this control system if you have lot of free time to try LONG enough. and i can see some people addicted to this game, including myself. still not a fan of it's Sensitivity of the control tho.

Storyline: NA/10
You Expect A Story in PvP-Focused Game?

Character Balancing: 7/10 (previously 6/10)
I Don't like using the word "Weak" to any character in any game, because if you use it right you still can win. but still, there's "weak" character in this game and if you happen to use them, you will have a hard time. Fortunately There's Disc (Basically Skill) in this game that somehow balanced things out. but still, this game has 3 modes. Some characters that may be weak at 1 mode might be pretty OP at Other Mode, so i guess that also Balanced things out?

Gacha Rate: 7/10
Pretty decent rates so far, already play the game long enough to do 2 multis pull and got 2 UR Disc along with many SR.

Current State Of The Game: 8/10 (Previously 5/10)
Beside Minor Connection Issue that some people may have, everything else is smooth. no mods or bug as of now.

Overall, Pretty decent game. make sure you have some free time when starting out this game cause you need some times to get a hang at first.

so this app finally getting English option (as this app also pop out in my Playstore). but i always got Black Screen after "Logging In". is this need VPN? or my phone is not compatible? (Snap 665 4/64)  Read Note
Get QooApp for Android