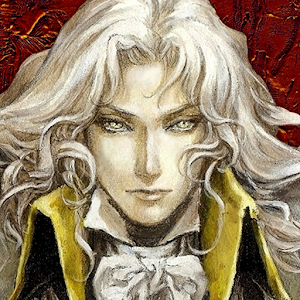 not gonna lie, it's a pretty good game despite mobile exclusivity.
the control we're kinda so-so but you'll get used to it after awhile.

the sounds is as always Castlevania quality though the lack amount of songs is understandable since the game hasn't been out for so long.

as for graphics...yeah it definitely lacking the quality here and there, and the monster design is also hit and miss and I cannot press this enough, THE GAME IS LACKING THE WALK CYCLE!!

and for you KONAMI, FIX YOU GOD DAMNED MULTIPLAYER SYSTEM! IT SERIOUSLY PAINED ME WHEN I JOINED A ROOM FULL OF HIGH LEVELED PLAYER AND THE STAGE LEVEL IS ADJUSTED TO THEM! LIKE I CAN'T KILL ONE LAST ENEMY JUST TO TRIGGER THE BOSS BECAUSE I CONSISTENTLY DEALING 1 DAMAGE!

*ahem*
as I stated above, this game is surprisingly pretty good despite some of it's flaws. should I recommend this game to you? YES I SHOULD! and I highly suggest to complete the story mode first and go do the multiplayer stuff later, until KONAMI balanced it.

may I ask how big the game's full size are? Read Note
Get QooApp for Android