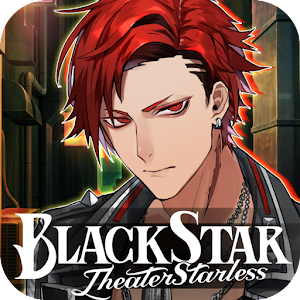 It maybe just "another rhythm/idol game" for some, but the highlights are,

-Autoplay mode is available with slight difference of score compared to the Rhythm mode--which is cool imo. I've seen many games with the same feature but usually they nerfed that mode. With a trick you can even get more score in Autoplay than in Rhythm one.

-Story-wise, it may have the same premise like other idol games--a shop (restaurant in this case) is crumbling and they need to save it, but believe me this game's story is one shade darker than other games. So many twists. Mysteries unexplained. Frustration as breakfast. Conflicts for dinner. Heartbreaking showdowns among the characters. I've been in the fandom since the beginning of the game and we're all agree in one thing: Donuts must had said, "if you can survive our game, you can survive anywhere."

-Amazing voice actors and singers line-up. Usually in rhythm games they hire voice actors and make them do the singing job too, but the developer decided to hire real singers to make the songs even more outstanding. Well, I must admit that some names might not be as familiar as others, but honestly the reason why I decided to play this game was because of those singers. Your ears will be in bliss, believe me.
In case you're wondering, the singers are: Fujita Ray, Kobayashi Tarou, Saitou Tomoaki (Academic BANANA), Kradness, Ajikko, Stungun, and rapper/actor Ide Takuya.
The voice actors are amazing too including famous names like Hino Satoshi, Kondou Takashi, Nakajima Yoshiki, Okamoto Nobuhiko, and Saiga Mitsuki.

-It will be a treat for theater geeks out there because they mentioned a lot of plays/operas in the story. In fact, the shows that the characters do are basically based on those plays/operas. Of course, the songs have the same theme as well. You may find the lyrics tightly related to the original plays and get pleasantly surprised about it (like me lol)


The only downfalls of this game are the unforgiving rate of gacha (I have a friend who has been playing this game since its release and she's still not getting any *5 cards, can you believe it?) but thankfully the event is rather mild since it doesn't have ranking systems, and *5 prize card can be obtained quite easily. Another downfall is how the event's mission linked to the story, so if you fail the mission you won't get the story unlocked. You can still access the mission after the event ends though but it'll be tough to clear it, not only because of the special buffs for certain cards used in that event are removed but also.... usually after an event ends, another will start immediately, so your focus gets averted. But not to worry because there are many communities that provide the story and the translations as well

So is it a good game or bad game? You decide lol

I can feel my mental strength is being tested by playing this game, ngl (sobbing over the current event)

How to obtain more event point in the Revival Campaign:
- Get *4 Rindou (Staff) and *4 Qu/Menou (Rehearsal) in the team. If you have *5 Menou, then put it instead.
- Check the local ranking to see who the MVPs are (Casts who tops the ranking and the lowest rank got special boost. If you check their cards, the stats will be in green). Put them in the team with the top rank on the 4th position and the lowest on 5th.
- Put any card of your liking, if it's kinda weak (lol) then put it as center.
- Play "During the Demise" in hard level, cheer mode. Always activate Qu/Menou's skill (Fever Long) when the long notes come, and try to activate Rindou's skill 3 times.
And done! You'll get approximately 1M score, 2k event point

⚠If Kei happens to be the top rank, use his *4 prize from BLACKSTAR (chapter 9, last part), because it's parameter increases when you've reached intimacy level 3.
Keep doing rehearsal too to increase the strength. Good luck! Read Note