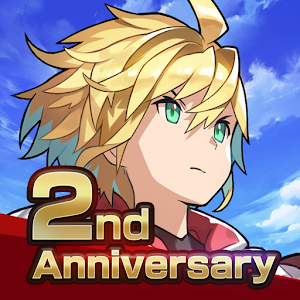 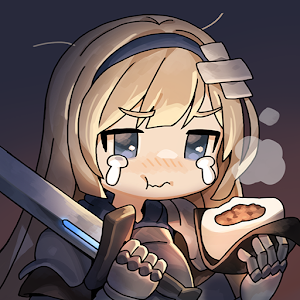 love the game
game rly have a strong point in visual department; love the art that they go for this game, its just soothing, relaxing and tasty looking foods that u can almost taste them, characters looks rly cute too not overhwelm or way too fancy like any other "anime" games, overall it just subtle design that blends rly well with the vibe and the world they resides.

sound is actually there to emphasize the visual, nothing rly that ground breaking but they share the same energy which makes them rly good

gameplay is just a bit lacking tbh;regarding difficuties i dont like this artificial difficulties where u can either make it easy or harder for yourself bc the far u go the more the numbers skyrocketed.
regarding the actual gameplay/strategies in stages
the combat actually rly intense i love how u constantly be using your brain to which position works best for each particular levels but not just positioning, character traits, skills, timings rly makes u contemplating especially when u fail a stage to come up with different strategies and combinations but sadly since the difficulties is this shallow u often got POW-GATED (me, currently at early game for example, i can take down a 900pow stage with just 500pow or smth but im pretty sure the numbers will go crazy from there cus backthen in my waayy earlier gameplay it was just a two digits gap) and gotta wait for like 12h or until reset to actually progressing which make the pace rly slow...
that bring us to the rpg element of this game the upgrade leverage just soo miniscule, u barely feels the improvement... ik for the fact that they try to stretch the gameplay by making it a waiting competition and ik its typical for a mobile game but i expect smth more outta this.

storyline in summary is rly unique but also not that farfetched and convoluted with nichè rpg time and space bogalooo or memory loss main protagonist or reincarnated bs.. it just about food and knights/heroes thats it, altho the execution quite commendable. they didnt have those silly rpg plot device simply bc they didnt need such overused premise.

characters
i love how the integrity of their lore and character interactions just makes me glued to the game... it just a simple exchange between the characters and you can even portrays the world they live in and the visual that maintain the fantasy element hence intensify the world building..
and about the interactions between characters i love how simple it is but still make laugh or giggle or at least make u chuckle..
love all the characters in this game theyre all likeables without a silly excuse of character development dependency to be one...simply they dont need to...the gals in your roster is the perfect embodiment of what waifu with every archetypes should be.

overall its a pretty wholesome game sadly im hoping some improvement later in terms of gameplay/game difficulties or maybe smth like ability/passive thats not relic or artifacts to boost your gameplay experience im not asking for a flashy boost at least just fix this pacing to avoid pow-gating.